Not of me, of yourself.

Your character has gotten the best of you.

TRUMP is ten times more powerful than the strange little man hiding inside your bloated carcass, and he's got you believing in him.

The strange little man is impressed by TRUMP.

You have become a danger to yourself.

This is not aimed at your current performance in the White House.

Your puerile behavior is “Not The Concern Of A Gentleman”.

However, your name, your image, and the simpering need in your breathless voice have become ubiquitous, and can no longer be ignored.

You have topped my list of pathetic scum since I first learned of your existence via the trash rags in the 1970s.

Your level of unreconstructed smarminess exceeds even the most outrageous depictions in movies and TV shows.

You are the biggest pig who ever lived, the epitome’ of privileged 60s college boy, suffering from severely arrested development.

Yet, in the face of all odds, you did it.

You got yourself elected POTUS, proving the value of money, lies, a poorly educated public, ruthless ambition, and disdain for the law, with a little help from your Russkie friends in high places.

I give you full credit for the accomplishment.

Nobody else has ever come from out of nowhere to win on their first try, nobody, ever.

How much does it gall you that you cannot place TRUMP in huge gilded letters atop the Capitol Dome?

All the pomp and circumstance, important meetings with mentally inferior world leaders, and the time spent aboard AF1 while heading to your golf courses has been a blast, but the job ain’t that great.

The accomplishment of actually getting the job is your ultimate bucket list achievement.

The every day business of being POTUS is boring, all the yes men and women are gone, you can’t play around, your heartless attempts at congeniality fall on deaf ears, and everyone around you is going to jail.

Plus, your stand up act is wearing very thin.

You are a humorless old man.

All you can do is incite, and rabble rouse.

Pretty soon, even the Podunk towns will have seen and heard enough.

Dirty ol’ Uncle Jack is still drunk on the couch, his farts smell like something died, no jobs have appeared to suit him, and your new policies have taken away his pain meds, making him one miserable m’fer to have around the shack all day in his filthy MAGA hat, spewing TRUMP isms.

Without a new tune, your rural audience will bore easily.

Whatcha gonna do when they come for you?

I have a great suggestion.

It’s the art of compromise.

You know as well as I do that compromise never got TRUMP anything.

And, let’s face it, this is all about TRUMP.

That said,  award all the pardons you can get away with, and exit stage left into the bowels of Marine One with a Tricky Dick salute as your last act.

Imagine the wealth you can accumulate as a private citizen who used to be POTUS.

If you can promote Donald J Trump to POTUS, imagine what you can do for your new clientele.

The receptions held in your honor by totalitarian regimes in search of access will outdo any previous.

You can deal without consideration for anyone else’s opinion.

Sacrificial virgins will come back into fashion, all for you.

The immediate future is all about energy and infrastructure.

Your stint as POTUS opened doors into both worlds for TRUMP.

That pesky Montenegro guy will never walk in front of you again.

You can do your pathetic, waddling power strut in front of Mar A Lago all day every day, the media will show up for spirited banter, and nobody will try to censor you or pull you away from the cameras.

Get back to the way things were before you lowered yourself to serving as POTUS.

It’s a step down and you know it.

Imagine how much fun Emin and the Oligarch’s are having right now, and they’re still richer than you.

Forget US political parties, the Russkie party is all babes, all day, every day, and you can’t go, because you’re POTUS.

You can’t even get together with Roger to gloat and giggle over your big win.

And everyone you know is going to jail, unless they rat on you.

So, that’s settled, you are now a private citizen.

In your mind, you are best buddies with every powerful despot alive, and the rest of the world is afraid of you.

TRUMP is the best known brand on Earth.

You know who you’ve been doing business with, and what promises you’ve made.

Those guys will come for your first born if you let them down.

And, no matter what Dr. Ronnie tells you, you’re an old fat guy, getting older and fatter fast.

Your Commander In Chief strut across the lawn looks more and more like a Weeble in an overcoat.

Time’s running out for TRUMP.

Let’s see what you can do with it, tough guy.

When POTUS says the word TRUMP out loud, he’s not slipping into the craziness of third person.

TRUMP is the product, POTUS is selling it, and we are lapping it up. 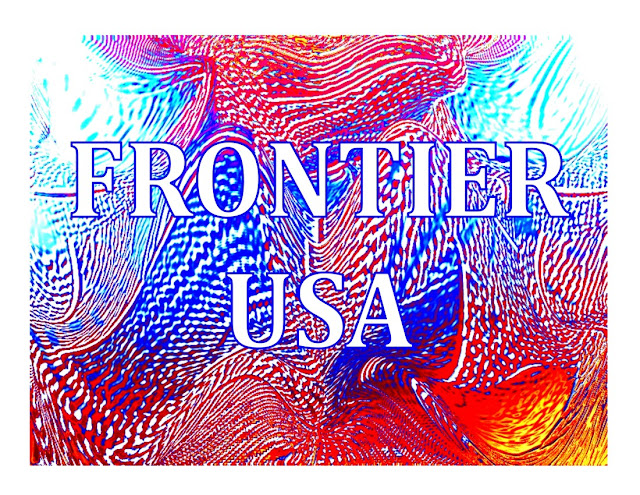 DIVIDE THIS, M'FER...UNITED WE STAND


Posted by shorelineearth at 4:40 AM No comments: